Chevrolet Camaro
The 1969 Yenko Camaro SYC is a major car driven by Korpi and Brian O'Conner in 2 Fast 2 Furious.

Korpi, one of Carter Verone's potential employee's arrives to Verone's property driving his 1969 Yenko Camaro. When Verone tests the like of his potential employees by having them break into the boat yard to retrieve a "package" from a red Ferrari, Korpi uses the Yenko in an attempt to beat out Roman Pearce and Brian O'Conner to the location. He loses and is not hired by Verone.

Later, when searching for alternative means of transportation, Roman and Brian challenge Korpi and Darden to a race that requires at least one of their teammates to win in exchange for their cars. When Rome, driving the Mitsubishi Eclipse Spyder, loses to Darden's 1970 Dodge Challenger R/T, Brian, using the Mitsubishi Lancer Evolution VII, beats Korpi's Yenko. Roman and Brian take both cars as their prizes, leaving Darden and Korpi stranded.

When it was time to retrieve Verone's money, Brian and Rome use the Challenger and the Yenko Camaro to escape the detection of the local police in the car scramble towards orchestrated by Tej Parker.

Saddled with Enrique, Brian is ordered to take a different route that leads away from the airstrip. Assuming the worst, Brian attempts to use the NOS outfitted in the passenger seat to get rid of Enrique, but the device fails to function. After Brian and Roman knock Enrique and the rest of Verone's men out, Brian drives the Yenko off the pier and over the water to save Monica Fuentes. The Yenko crashes onto the top of the boat and is severely damaged in the process.

The 1969 Yenko Camaro SYC is a replica of the original Yenko Camaro. The replicas used in the production of 2 Fast 2 Furious presumably used a 427 Cubic Inch 7.0 liter V8, and maintained a steady 425 horsepower.

The Yenko Performance Package, which included the 427 425 horsepower V8, Z/28 suspension, gauges, and some other go fast goodies. It was offered by Don Yenko on several Chevrolet vehicles in the late 60's and early 1970's.[references needed] 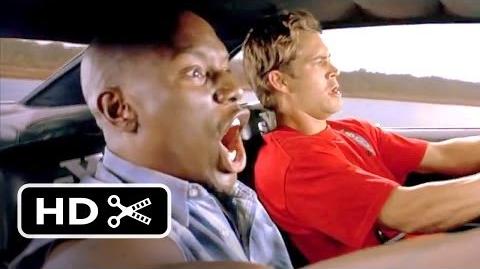