The Fast and the Furious Wiki
Register
Don't have an account?
Sign In
Advertisement
in: Furious 7, Furious 7 Cars, Cars, Tuners

Following their return to the United States, Dominic Toretto decides to leave his sister Mia Toretto and Brian O'Conner, content that they'll begin a normal life together as a family with their son, Jack.[3]

Driving in his 1968 Dodge Charger R/T, Dominic stops at a crossroads, giving Brian time to catch up to him in his white Supra. The two drive together until their roads part, Brian going off on his own to the left, Dominic continuing down the road on the right.[3]

The white Supra is equipped with BBS LM wheels. 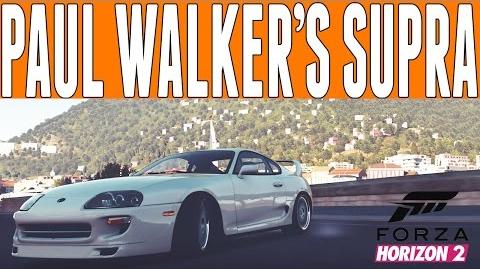