Prior to going undercover, Monica Fuentes, debriefs Roman and Brian O'Conner on the details of Carter Verone. Following the unveiling of the 2003 Mitsubishi Eclipse Spyder GTS and the Mitsubishi Lancer Evolution VII, Roman claims the Eclipse Spyder for his own.

Unbeknownst to Roman or Brian, the Spyder was outfitted with a tracking device that was embedded deep within the mechanics of the car. When they learned how they were being tracked, both the Lancer and the Spyder were given to Jimmy in the hopes that the mechanic would be able to remove the devices.

They used the Spyder and the Lancer for a time until he and Brian won the 1970 Dodge Challenger R/T and 1969 Yenko Camaro SYC from Korpi and Darden. During the car scramble, Suki drove the Spyder and lure the police away from Brian and Roman's activities. She was later apprehended alongside Tej Parker, for evading the police.

The Eclipse Spyder was given a resplendent metallic silver and purple webbed design along with a Shine Street wide body kit, rear wing, APC carbon fiber hood, Genera/TYC Euro taillights and a set of Lowenhart BR-5 rims. It also had a GPS device spidered into all the main components underneath the hood, as well as a custom vanity Florida plate that read "H8TR".

"What are we driving?" 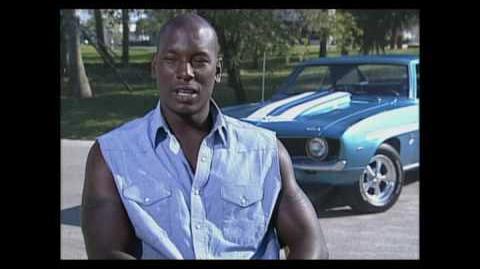 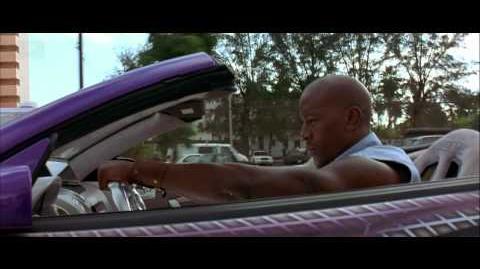