Several months after the events in Rio de Janeiro, Dominic Toretto and Brian are racing once more. Brian in his silver GT-R and Dom in his Challenger. Brian wins the race, as they pull up outside a small building in the Canary Islands, where Mia Toretto is inside giving birth to their son, Jack. 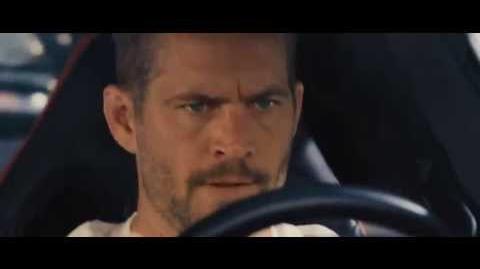