watch 01:29
Wiki Targeted (Entertainment)
Do you like this video?
Play Sound

English
Fast & Furious: Supercharged is an tram attraction part of the Studio Tour at Universal Studios Hollywood. The attraction opened on June 25, 2015.[2]

Dominic Toretto, Roman Pearce and Letty Ortiz team up with Luke Hobbs to save a member of their team from an "international crime cartel", led by mercenary Owen Shaw.[2]

During the tram tour, guests encounter a 1970 Dodge Charger in the middle of Wysteria Lane. The tram tourist calls security. While the trams are entering the hideout, Hobbs, Roman, and Letty ruin Novak’s call to the guests and inform them of the mission and to keep cell phones off and silenced. Inside the hideout, a party is taking place and everyone is forced out by Agent Novak and his team. Roman arrives late with a group of women, only to encounter Novak himself. The agent pulls out a gun and demands Pearce to the ground. Hobbs, Letty, and Dominic join Roman for support. Agent Novak backs away and the trams proceed. Guests are then asked to put on their 3D glasses.

In a dark parking lot, a group of mercenaries demands the guests to speak up on the witness and a chase ensues. As the tram travels throughout the city, Hobbs, Dominic, Letty, and Pearce provide support for the guests while they fend off the enemies. The trams manage to take cover in a dark room successfully. The team thanks guests on a mission completed before proceeding to end the Studio Tour.

Fast & Furious: Supercharged was announced in March 2015 by Universal Studios Hollywood.[2] An exclusive ninety minute behind the scenes featurette was promoted on NBC during a special telecast of 2011 Fast & Furious film, Fast Five, March 21, 2015. Vin Diesel, Michelle Rodriguez, Tyrese Gibson, Dwayne Johnson and Luke Evans were all confirmed to make appearances in the studio attraction theme.[2] The attraction sits in the area formerly occupied by the Glacier Avalanche, which had occupied the site from 1975 to September 3, 2013. It was demolished to allow construction of Supercharged to proceed.[4] [5]

The second iteration of the ride opened at Universal Studios Orlando 2018.[6]

The hydraulic motion-based ride will combine special effects with a state-of-the-art 3D audio system and 3D-HD imagery projected onto the world’s longest and most expansive 360-degree screen that spans nearly 400 feet in length to encircle Studio Tour guests within a newly constructed, 65,000-square-foot structure on the backlot.[7]

The custom-built screen will employ 34 4K projectors and a new projection configuration system to envelop guests. The tram route also includes prop cars from the Fast & Furious series, including Diesel’s Dodge Charger.[7] Fast & Furious: Supercharged was in production for a year before its completition in 2015.[8] 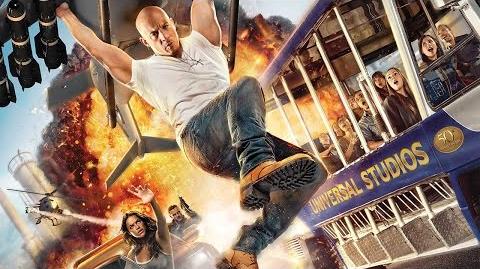 Fast & Furious Supercharged - Behind the Scenes of the Ride 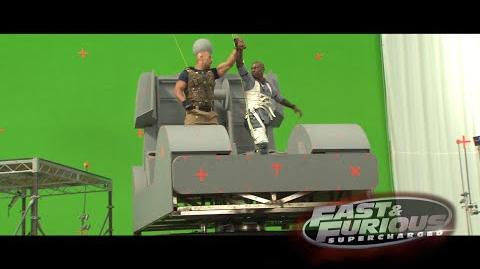 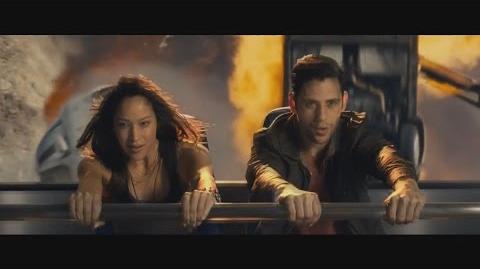 Retrieved from "https://fastandfurious.fandom.com/wiki/Fast_%26_Furious:_Supercharged?oldid=43527"
Community content is available under CC-BY-SA unless otherwise noted.