The Fast and the Furious Wiki
Register
Don't have an account?
Sign In
Advertisement
in: Articles Needing Cleanup, Cars, Fast & Furious 6,
and 3 more

View source
watch 01:40
Boba Fett Returns - The Loop
Do you like this video?
Play Sound

This article (Flip Car), or a section of this article, does not meet wiki standards. Please repair this article so that it meets our standard. Please see the talk page for more info..

The Flip Car (also known as the Ramp Car) is a major car driven by Owen Shaw and Vegh in Fast & Furious 6.

"We know they have to be running custom engines. You heard that flip car going through those gears."
"Sequential transmission."
"That didn't sound like a normal engine."
"That was a turbo diesel. It sounded like something you hear at Le Mans."

Two of these custom sports cars were designed and manufactured by Firuz, an auto mechanic that supplied Owen Shaw's crew with weapons and vehicles. They had a ramp that could be deployed by pushing a button. The crew used the two Flip Cars to perform heists on military convoys. During the pursuit in London, Owen Shaw and Vegh drove the cars and used the ramps, attempting to take out Dominic Toretto and his crew. During the plane chase, one of the Flip Cars was used by Vegh in one final attempt to eliminate Brian O'Conner and Mia Toretto. However, Brian and Mia were driving in reverse, so they did not get flipped over. Vegh did not see the barrier on the runway, resulting in the Car flipping over and causing a deadly crash. The Flip Car was totaled as a result of the crash. The second Flip Car was most probably in the plane, and thus was destroyed with it.

"Did you see it take all those hits and still stay flat in the corners?"
"Yeah, hydraulics."
"Or magnetic suspension."
"But who not only has access to the components, but can fabricate something like that?"
―Tej Parker, Roman Pearce, Brian O'Conner and Han Seoul-Oh[src]

The actual Flip Car used a 480 horsepower LS3 motor. It was fabricated by builder Dennis McCarthy, and features a custom tube frame and cow catcher, four-wheel steering, and a V-drive transmission system, derived from a speedboat, while the suspension uses parts from a Chevrolet Suburban.

Despite its minimal appearance, the car weighs 3,900 pounds.

It is loosely based on a Formula One Race Car. 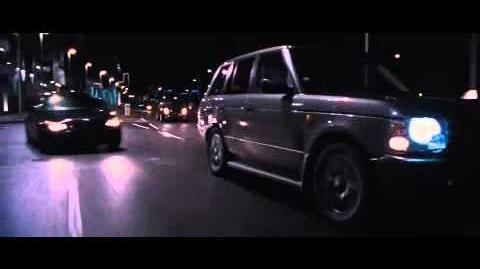 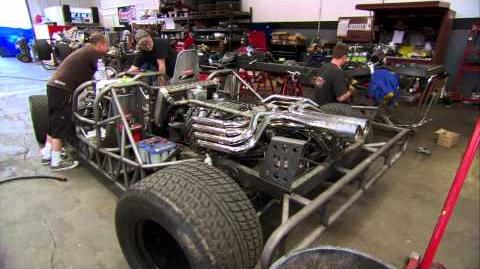 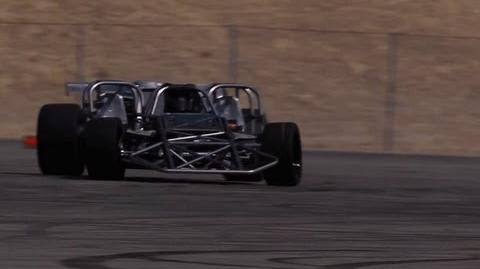 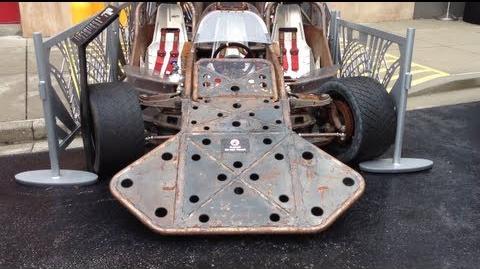 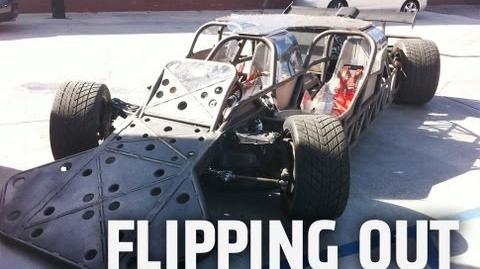