"IMPORTANT: Furious 7 uses Creative Commons Licensed content from Wikipedia (view authors)." Information can be remixed or replaced at any time in future edits to better suit the MOS of the The Fast and the Furious Wiki.

The film received generally positive reviews from critics and audiences alike. It was in the top ten in U.S. based on box office. Also internationally it was a major blockbuster success, grossing $1.516 billion worldwide against its $190 million budget. The rank that year was the fourth highest-grossing film of all time (behind Avatar, Titanic and The Avengers). It is currently the ninth highest-grossing film of all time (behind Avengers: Endgame, Avatar, Titanic, Star Wars: The Force Awakens, Avengers: Infinity War, Jurassic World, the remake of The Lion King and The Avengers).

The following list of major cars used in "Furious 7" is incomplete and may not be completed until a proper home video version of the film is released.

Three hundred and forty cars were used during the production of the film. Two hundred and thirty cars, including several black Mercedes-Benz, Ford Crown Victoria and a single Mitsubishi Montero, were destroyed.[11] Forty vehicles were damaged during the filming of the "Mountain Hijack" sequence shot on location at Colorado's Monarch Pass.[11][12]

Surprisingly, only ten percent of the action sequences in Furious 7 were created using computer generated graphics, the majority of CGI being used to create backgrounds and hide production details such as wires and other structures used.[13]

3,500 man-days was the length in time it took to complete the stunts of the film.[13] Stunt drivers under Joel Kramer's supervision were not allowed to go above fifty miles per hour for safety reasons.[14]

The Los Angeles Time reported Universal Pictures considered splitting Fast & Furious 6 into films, titled “Furious 6” (the subtitle in the final production of the film remains despite alteration) and “Fast Seven”, with a single a story running through both films written by Chris Morgan and directed by Justin Lin.[15] On December 20, 2011, Diesel stated that Furious Six would be split into two parts, with writing for the two films occurring simultaneously. On the decision, Diesel said, “We have to pay off this story, we have to service all of these character relationships, and when we started mapping all that out, it just went beyond 110 pages ... The studio said, 'You can't fit all that story in one damn movie!'[16]

In February of 2012, Dwayne Johnson stated that it was no longer the studio’s intention to produce two films on account of weather-related complications and the production of “Furious 7” would begin after the completion of Fast & Furious 6.[17]

April 2013, director Justin Lin announced he would not return as director for the seventh film as he disagreed with the accelerated production the studio wanted, to release the film in summer of 2014. The studio’s request would require Lin to begin production on the seventh film during the production of Fast & Furious 6 before the sixth film was completed. Lin believed the studio’s wants would affect the quality of both films.

Despite the two year gap between the previous films, Universal chose to pursue a sequel quicker due to having fewer reliable franchises than its competitor studios.[18] However, subsequent interviews with Lin have suggested that the sixth installment was always intended to be the final entry directed by him.[19]

In April 2013, James Wan, predominantly known for horror films, was announced as the sequel's director, with Neal H. Moritz and Michael Fottrell returning to produce and Chris Morgan returning to write the script, his fifth in the series. On April 16, 2013, Vin Diesel announced that the sequel would be released on July 11, 2014.[20]In May 2013, Diesel said that the sequel would feature Los Angeles, Tokyo and the Middle East as locations.[21][22]

Principal photography began in early September 2013 in Atlanta, Georgia, with a casting call issued.[23][24] Abu Dhabi was also a filming location,[25] as the production crew chose it over Dubai; they benefited from the Emirate's 30% rebate scheme.[26] Pikes Peak Highway in Colorado was closed in September to film some driving sequences.[27]

On September 16, the production filmed with Paul Walker and the Kimsey twins, playing his son Jack,[28] in front of an Atlanta elementary school.[29] On the 18th, Han's funeral scene was filmed at Oakland Cemetery,[30] with extras needed for the scene being "hot, hip and trendy cool types of all ethnicities between the ages of 18 and 45".[31] On the evening of the 19th, Lucas Black joined the production[32] for his sole scene with Vin Diesel, in an Atlanta parking garage; separate scenes with Paul Walker also shot in the same location on the same night,[33] including one half of a phone conversation between his character and Jordana Brewster's. The day after, Diesel posted a picture from the night shoot with Black on his public Facebook page.[34]

On October 24, over a month into the film's production, Dwayne Johnson tweeted he had started shooting for the film after wrapping up on Hercules.[35] Five days later, Vin Diesel posted the first photo of Johnson on the set, in the hospital scene.[36]

On November 30, 2013, while on a break for the Thanksgiving holiday, Walker, who portrayed Brian O'Conner, died in a single-vehicle accident alongside his driving partner and friend, Roger Rodas, who was driving at the time of the accident.[37][38] The next day, Universal announced that production would continue after a delay that would allow the filmmakers to rework the film.[39] On December 4, 2013, Universal Pictures put production on hold indefinitely.[40] Wan later confirmed that the film had not been cancelled.[41][42][43] On December 22, 2013, Diesel posted on his Facebook page that the film would be released on April 10, 2015.[44] On February 27, 2014, The Hollywood Reporter reported that filming would resume on April 1, and that the cast and crew had headed to Atlanta to prepare for about eight more weeks of shooting.[45] Principal photography ended on July 10, 2014.[46]

Before filming started again in April of 2014, Time Magazine reported in January that the Walker character, Brian O'Conner would be "retired" instead of "killed off". New scenes would be filmed in order to allow the franchise to continue without the character and actor.[47] March of 2014, New York Daily News reported four actors with similar to Walker's physique had been hired as stand-ins in the absence of the actor. His voice and features would be computer generated.[48] In April, it was announced Walker's brothers, Celeb and Cody Walker, were also chosen as stand ins.[49]

For scenes where Paul Walker's face would be visible, the film's production relied on Weta Digital, a production company created by Peter Jackson, best known for its work on the character Gollum in The Lord of the Rings franchise and Caesar in Dawn of the Planet of the Apes.

A combination of Weta Digital's work and carefully chosen camera angles and lighting using Walker's brothers to simulate his appearance were employed together in the final production of the film.[50] Robin Shenfied, the CEO of London's post-production studio, The Mill, compared the use of CGI and body doubles in Furious to what was done in Ridley Scott's Gladiator, following the death of Oliver Reed during production of the 2000 released film.[51]

Prior to the release of the film, Universal Pictures began promoting Furious 7. Early December 2013, early footage from a teaser trailer focusing on the funeral of Han Seoul-Oh.[52] Officially, with a teaser trailer and behind the scenes segments were planned to promote the movie early on. The behind the scenes segments were dubbed "7 Seconds of 7", the teaser trailer would be released during a major social media event.[53] February A TV Spot featuring new footage debuted during Super Bowl XLIX.

For its global premiere at the TCL Chinese Theatre in Los Angeles on April 1, 2015, IMAX Corporation installed a new laser projection which was the first such installation in the U.S. and the second worldwide, following The Hobbit: The Battle of Five Armies, which opened at Scotiabank Theatre in Toronto in December 2014.[55]

Furious 7: Original Motion Picture Soundtrack was released March 17, 2015 on a physical and digital release.[56][57] The Furious 7 soundtrack was named number one by Billboard.com, April 15, 2016.[58] was the fourth soundtrack to top the billboard music charts in tweleve months following the release of official soundtrack for the 2015 FOX drama Empire.[58] 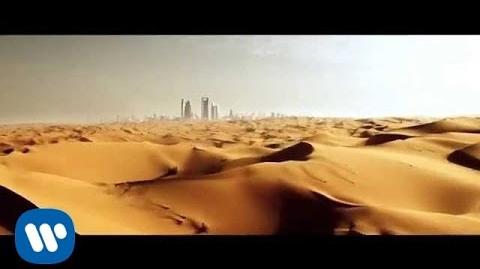 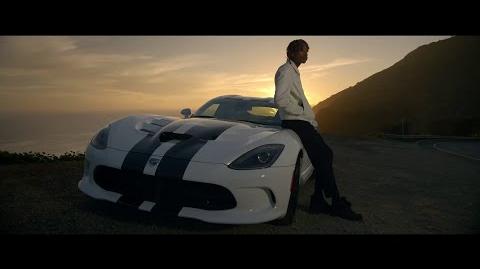 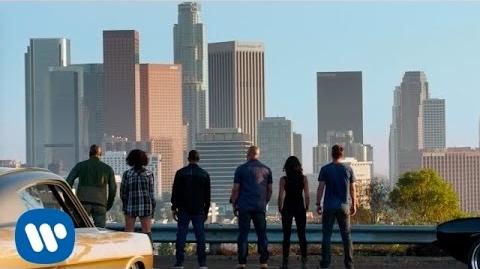 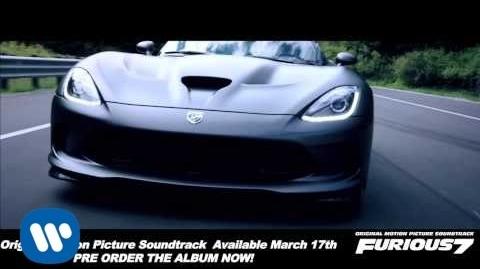 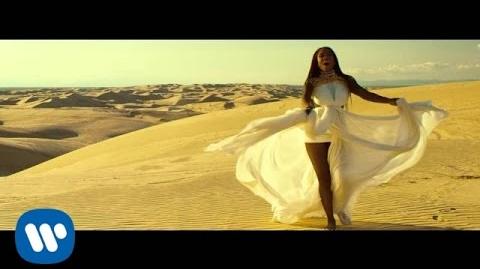 Sevyn Streeter - How Bad Do You Want It (Official Video)

At least four music videos were produced to promote the Various Artists soundtrack release for Furious 7. Wiz Khalifa's "See You Again", featuring Charlie Puth, was used as the central music video to promote the film and doubled as dedication to the late Paul Walker. Prince Royce's "My Angel", and Kid Ink's "Ride Out" (the latter music video directed by Payne Lindsey) were also top singles featured on the soundtrack to given music video productions.

Worldwide, Furious 7 was released across 810 IMAX theaters, which is the largest worldwide rollout for any movie in IMAX's history.[70] Its worldwide opening of $397.6 million is the second-highest opening of all time.[71] The film had an IMAX opening weekend total of $20.8 million.[72] Furious 7 also became the first film distributed by Universal Pictures to earn more than $1 billion in its original run and the second overall following Jurassic Park. It reached this milestone in 17 days, breaking the record previously set by The Avengers, Avatar and Harry Potter and the Deathly Hallows – Part 2 (all 19 days).[73]

The Los Angeles Times reported that reviews for Furious 7 have been "generally positive" with critics praising the film's action sequences and its poignant tribute to Walker.[74] The review aggregator website Rotten Tomatoes reported an 82% approval rating, based on 201 reviews, with an average rating of 6.7/10. The site's consensus reads, "Serving up a fresh round of over-the-top thrills while adding unexpected dramatic heft, Furious 7 keeps the franchise moving in more ways than one."[75]

On Metacritic, which assigns a normalized rating, the film has a score of 67 out of 100, based on 44 critics, indicating "generally favorable reviews".[76] In CinemaScore polls conducted during the opening weekend, cinema audiences gave Furious 7 an average grade of A on an A+ to F scale.[77]

Retrieved from "https://fastandfurious.fandom.com/wiki/Furious_7?oldid=42202"
Community content is available under CC-BY-SA unless otherwise noted.