After being framed for a crime that they had no involvement in prior, Ms. Nowhere and Tony's crew flee to Mexico to find the real culprit, clear their names, and flee Palindrome, the unstoppable super-agent hunting them down. 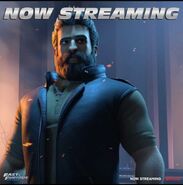