Brian O'Conner is an undercover Los Angeles cop who aspires to become a detective. When he is tasked to stop hijackers led by Dominic Toretto from stealing expensive electronics equipment off of trucks, Brian must choose between his obligation to the LAP and his friendship with Toretto after he becomes good friends with his family.

An alternate ending, named "More than Furious" was released on the Blu-Ray bundle for all five movies from 'The Fast and the Furious' to 'Fast Five'.

In the ending, Brian had resigned from the LAPD, then Tanner drops him off at the empty house in Echo Park. Brian goes to the garage to see Mia packing up, informing him that she's moving away. Brian then tells her about his resignation from LAPD and that he wants another chance. Mia says it won't be that easy, to which Brian remarks: "I've got time."

In early 2000, after filming on The Skulls finished, Paul Walker was approached by the movie's director Rob Cohen and producer Neal H. Moritz, who asked him what he wanted to do next. Walker said he wanted to do a mash-up of "Days of Thunder" and "Donnie Brasco" where he would play both a police officer and a race car driver, so Cohen and Moritz showed him a Vibe magazine article about illegal street racing in New York City. The producers decided to give Walker a strong co-star.[1] Originally, Universal agreed to green-light the movie if the producers could get Timothy Olyphant to play the role of Dominic Toretto. However, Olyphant refused, leading to Vin Diesel being cast instead.[2]

The original screenplay for the movie, titled "Racer X", was written on January 7, 2000. Another screenplay was written by Gary Scott Thompson on April 20, 2000, by then the working title had changed to "Redline".

The title rights (but not the story rights) of the 1955 film The Fast and the Furious were purchased so that the title could be used on this project, another film about racing. According to an interview found on the original DVD release, Cohen was inspired to make this film after reading a Vibe magazine article about street racing in New York City and watching an actual illegal street race at night in Los Angeles.

The film was shot in various locations within Los Angeles and parts of Southern California. Key locations included Dodger Stadium (on the opening scene where Brian tests his Eclipse on the parking lot), Angelino Heights, Silver Lake and Echo Park (the neighborhoods around Toretto's home), as well as Little Saigon (where Tran destroys the Eclipse) and the San Bernardino International Airport (the venue for Race Wars, which attracted over 1,500 import car owners and enthusiasts). The entire last rig heist scene was filmed along Domenigoni Parkway on the South side of San Jacinto/Hemet in the San Jacinto Valley in California near Diamond Valley Lake.

Prior to filming, both Jordana Brewster and Michelle Rodriguez did not have driver's licenses, so they took driving lessons during production. In one scene at Toretto's home, the gang is seen watching Dragon: The Bruce Lee Story, another film directed by Cohen. For the climactic race scene between Brian and Toretto, separate shots of both cars crossing the railroad and the train crossing the street were filmed, then composited together to give the illusion of the train narrowly missing the cars. A long steel rod was used as a ramp for Toretto's car to crash through the semi-truck and fly in mid-air.

Originally, Universal Pictures' intention was to release The Fast and the Furious during the Spring of 2001. Peter Adee, former head of marketing for Universal Pictures explained, that the film was not produced with "a great deal of money", but when the film was screen-tested in Sacramento, "the audience loved it".[3]

The positive response from the audience convinced Universal to change the release date of the film to Summer. Competition against other majors Summer releases (chief among them, Lara Croft: Tomb Raider, Swordfish and Dr. Dolittle 2), Universal increased the marketing campaign of the film significantly. The decision garnered The Fast and the Furious the initial global box office gross of $175 million, which was considered impressive because the film lacked major star power.[3]

At the time of it's release, More Fast and Furious was criticized by listeners for its use of copy-protection software, which rendered it unplayable not only on computers with CD-ROM drives, but also on regular CD players and other CD-based devices.[4] 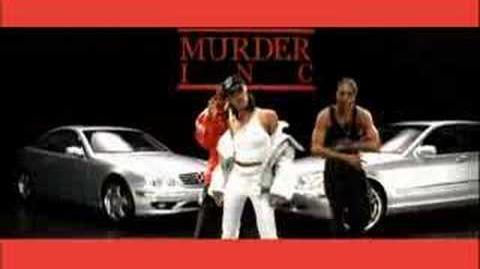 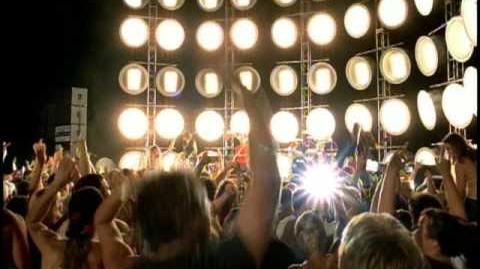 The score for The Fast and the Furious was composed by music producer Brian Wayne Transeau, better known under his stage name "BT". BT composed the score, blending electronica and hip-hop with industrial influences.

The Fast and the Furious was released on DVD on January 2, 2002. A second print known as the "Tricked Out Edition", released on June 3, 2003, featured Turbo-Charged Prelude, a short film that set the tone to the film's sequel. An abridged version of the short film is also on the DVD of that sequel.

Racing Champions released diecast metal replicas of the film's cars in different scales from 1/18 to 1/64.[5] RadioShack sold ZipZaps micro RC versions of the cars in 2002.[6] 1/24 scale plastic model kits of the hero cars were manufactured by AMT Ertl.[7][8]

May 25, 2016, the official YouTube page for the Fast & Furious franchise uploaded a teaser trailer announcing the re-release of The Fast and the Furious, to commemorate the film's fifteenth anniversary release on June 22, 2016.[9] Following the trailer's release, a revamped version of the original poster was released to the press and featured in an Entertainment Weekly exclusive interview with Vin Diesel.[10]

The Fast and The Furious received generally mixed reviews from critics, earning a score of 53% based on 146 reviews on Rotten Tomatoes, as well as a metascore of 58 on Metacritic from 29 critics, indicating "mixed or average" reviews. Todd McCarthy of Variety called the film "a gritty and gratifying cheap thrill, Rob Cohen's high-octane hot-car meller is a true rarity these days, a really good exploitationer, the sort of thing that would rule at drive-ins if they still existed."

Kevin Thomas of the Los Angeles Times called it "an action picture that's surprising in the complexity of its key characters and portents of tragedy." Vin Diesel's portrayal of Dominic Torretto won praise In particular with Reece Pendleton of the Chicago Reader writing "Diesel carries the movie with his unsettling mix of Zen-like tranquility and barely controlled rage."

Other reviews were more mixed. Susan Wloszczyna of USA Today gave the film 2 out of 4 stars, saying that Cohen "at least knows how to keep matters moving and the action sequences exciting." Owen Gleiberman of Entertainment Weekly gave the film a C, saying it "works hard to be exciting, but the movie scarcely lives up to its title." Rita Kempley of The Washington Post gave the film a scathing review, calling it "Rebel Without a Cause without a cause. The Young and the Restless with gas fumes. The Quick and the Dead with skid marks." Paul Clinton of CNN wrote that Cohen "created a high-octane, rubber-burning extravaganza" but he criticized the film for "plot holes you could drive the proverbial truck through" and an idiotic ending.

Differences from the Screenplay

Main article: The Fast and the Furious (Screenplay) 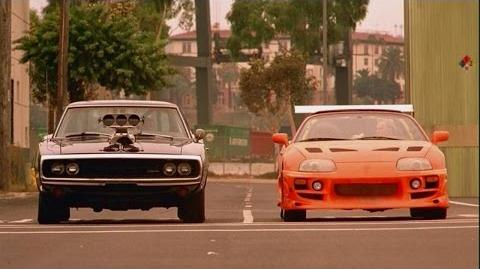 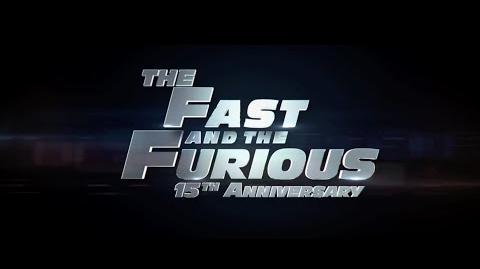 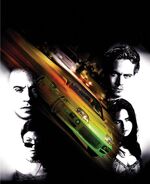 Principal cast of The Fast and the Furious

Retrieved from "https://fastandfurious.fandom.com/wiki/The_Fast_and_the_Furious_(film)?oldid=38746"
Community content is available under CC-BY-SA unless otherwise noted.