The Fast and the Furious Wiki
Register
Don't have an account?
Sign In
Advertisement
in: Short films, Films, 2 Fast 2 Furious

The Fast and the Furious (film)

Brian O'Conner is a man on the run. After allowing Dominic Toretto escape arrest, he quits the LAPD and flees Los Angeles. He travels across the United States to Miami, Florida to avoid arrest himself.

Back at this house, Brian stands in front of the mirror in his bathroom. He recalls events that led to his giving Dominic Toretto the keys to his 1994 Toyota Supra MK IV and allowing him to escape. Brian packs a few belongings in a duffle bag and leaves his house. Meanwhile, the LAPD have learned of Brian's actions and begin mobilizing to arrest him. They arrive at his house and surround the area. Breaking into the house, the police find no sign of Brian. The only thing left behind is his police badge.

A national manhunt is launched to find and arrest Brian. He travels across Arizona, New Mexico and Texas, winning in every street race he participates in with his red 1991 Dodge Stealth. When he stops at a diner, he learns that the FBI is are still looking for him. He is almost discovered by the police who enter the diner and decides to leave, unaware he caught the attention of a a girl sitting across from him.

Brian stops at a motel to rest and monitors the ongoing efforts to bring him in. He leaves the motel and is forced to abandon the Dodge when he discovers the police have identified his car. Brian runs into the girl again, who pretends not to know him. He avoids her continues his escape on foot. A little ways down the road, Brian attempts to hitchhike. He is picked up by the girl who saw him earlier at the diner.

She drops him off at a used car dealership. He doesn't realize that she knows who he is until he sees the newspaper lying in the car where he was seated. The girl says nothing and departs. At the dealership, Brian buys a 1999 Nissan Skyline GT-R R34. On the road, Brian gradually modifies the Nissan to his specifications as he collects money from the street races he wins.

Back on the road, he is challenged to a race by motorcycle riders. Brian allows them to believe that he'll participate and lets them get ahead of him. The motorcycle riders are pulled over by the police and Brian continues onward. On the beltway, Brian makes the choice to go to Miami instead of New York. When he arrives, Brian spots a 1993 Toyota Supra Turbo MK IV and 1994 Mazda RX-7 driving through a nearby intersection. The film ends with "2 Be Continued…".

Turbo-Charged Prelude was filmed exclusively for the release of the "Tricked Out Edition" DVD of The Fast and the Furious.[3] During the production of the film, it was the producer and director's intention to use a Mitsubishi 3000GT as Brian O'Conner's car. However, a 1991 Dodge Stealth was used instead.[4] When the "Tricked Out Edition" DVD was released, a free ticket for 2 Fast 2 Furious was included with the film.[3][note 2] Turbo-Charged Prelude was later included on the DVD release of 2 Fast 2 Furious.[5] 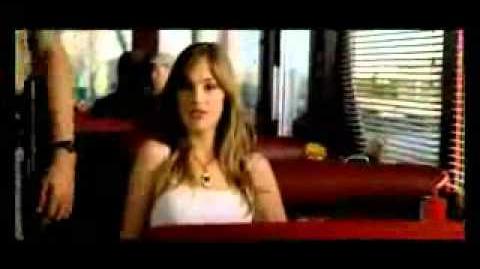 The Turbo-Charged Prelude for 2 Fast 2 Furious